We work with partners across football to help guide our plans for tackling discrimination and creating a more inclusive game.

Our guidance groups help provide insight from all levels of the game. Their knowledge and expertise of working in and around football helps us to shape our plans and strategy to ensure the work we do has maximum impact.

Find out more about our guidance groups below.

Kick It Out’s Player Advisory Board brings together influence from across the game to help us shape how we can make football a more inclusive space for all those who play it.

The 12 members come from a range of different backgrounds and have played across all areas of the game. Their contributions to events and meetings help guide our strategies for tackling discrimination.

Clark has played almost 500 times for nine different clubs across all four professional divisions. He is the Chair of the board, having been a Kick It Out ambassador during his playing days, and once served as the chairman of the PFA’s Management Committee.

Anita’s playing career spanned almost 20 years, with spells at clubs including Arsenal, Chelsea and Aston Villa. She was also capped 71 times for England and represented Team GB at the 2012 London Olympics.

An integral part of England’s U17 World Cup winning squad in 2017, Rhian has been in the spotlight from a young age. He was part of Liverpool's squad for their famous Champions League winning performance in 2019, and today turns out for Sheffield United in the Championship.

Having recently retired after being with Leicester City from the age of 11, Holly now runs her own Sports Management Company, looking after emerging talent in both the men’s and women’s game.

Yan is a graduate of the Liverpool academy who has recently made the move to Ross County in Scotland after four seasons with Swansea City.  Originally from Birmingham, he is one of very few British Asian players in the professional game.

Gilly has played for the likes of Arsenal, Chelsea and West Ham in her long career, and has recently made the move to newly promoted Liverpool. She has amassed over 200 appearances for club and country during her career, and holds over 15 major honours including multiple FA Cup and WSL titles.

Joe is one of only three Jewish players playing in the football league. He has over 500 appearances in the professional game, with over 300 of them coming for Wycombe Wanderers where he still plays today. He is a long-term ambassador for Kick It Out, having worked with us regularly in the past to help tackle antisemitism in the game.

Renée plays for Watford FC Ladies and coaches at Tottenham Hotspur. She was integral in Spurs’ play-off victory in the FAWPL to secure the club’s first promotion to the WSL in its history back in 2017.

Mal is currently playing at Port Vale, and recently scored the decisive goal in the League Two play-off final to take the club into League One. Along with Yan, he makes up part of the 0.25% of professional players who come from an Asian background; a number he is keen to see increase.

Danny is our non-league representative on the Board, having racked up almost 500 appearances throughout the football league and non-league. He currently plays for National League South side Dulwich Hamlet, and also acts as their Equality, Diversity & Inclusion lead off the pitch.

Anwar was the first person of Bangladeshi origin to play professional football in England, and also the first British Asian to captain a football club in the top four divisions of English football.

He was awarded an MBE in June 2022 for his services to football through his work with the Football Supporters Association and our joint Fans for Diversity campaign.

Marcus represented Jamaica at the 1998 World Cup and has 200+ appearances in the Premier League to his name from his time at Wimbledon.

He’s now Brentford’s official club ambassador and has previously worked with Kick It Out delivering education to players, staff and parents in academies throughout the country. 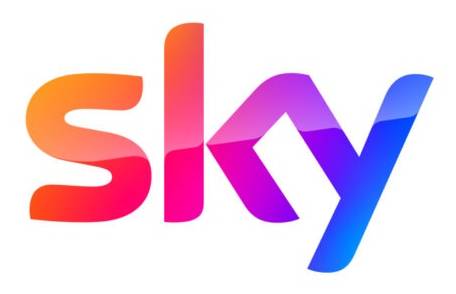